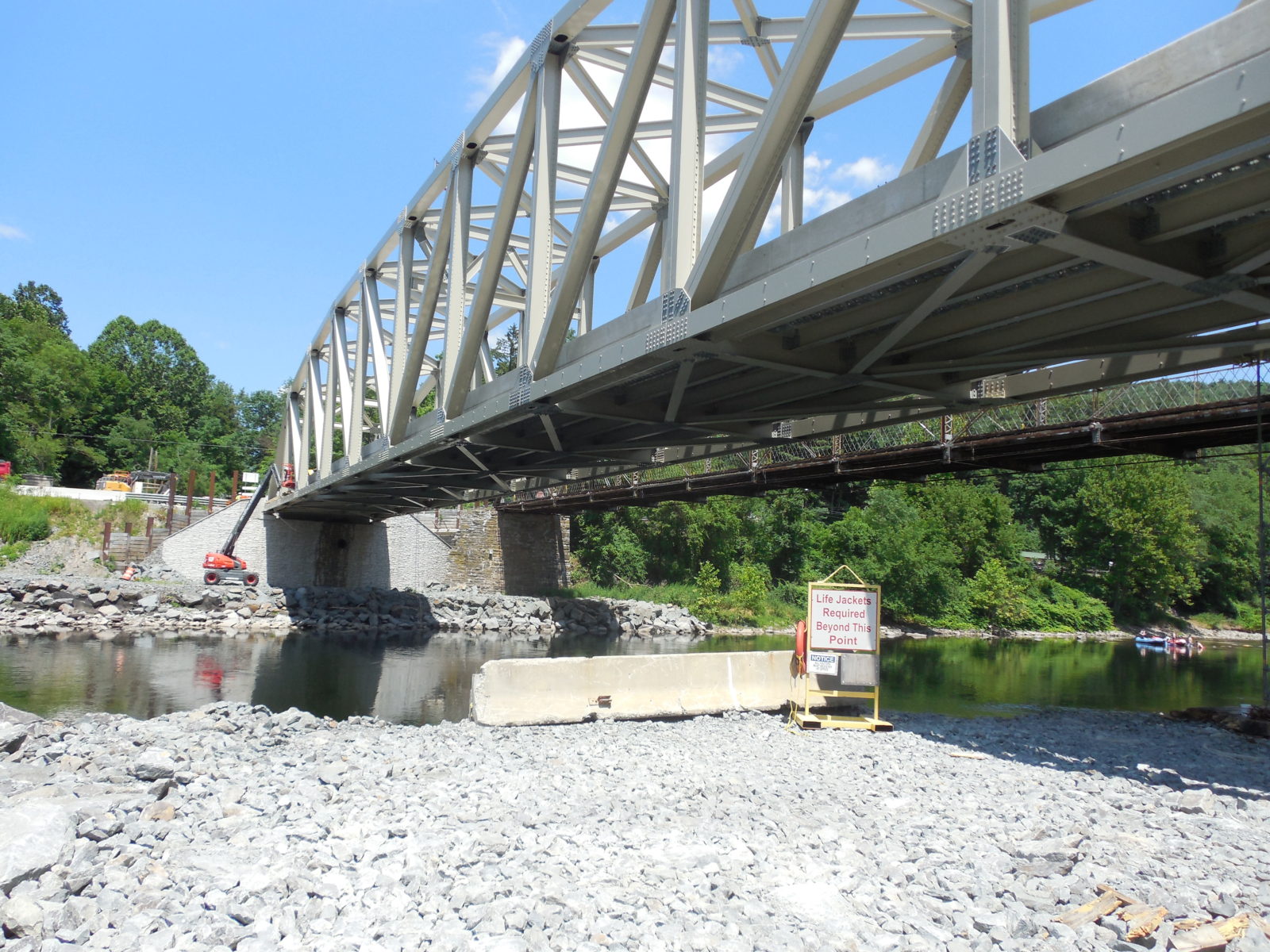 SR 1011-470, Pond Eddy Bridge over the Delaware River Replacement Project, Pike County, Pennsylvania – Update. The PA Truss is basically constructed with just final bolt installation and tightening to remain.  Steel erection is being performed this week. Wingwalls A & B (PA side) are formed and rebar is placed. Lower lifts to be poured this week of 7/16, with the upper lifts to be poured week of 7/30.  We anticipate demolition of the existing bridge during the last week of September or first week of October after deck has cured, traffic is shifted to new structure, and boating traffic has lessened. Removal of the causeway is anticipated for mid to late October.