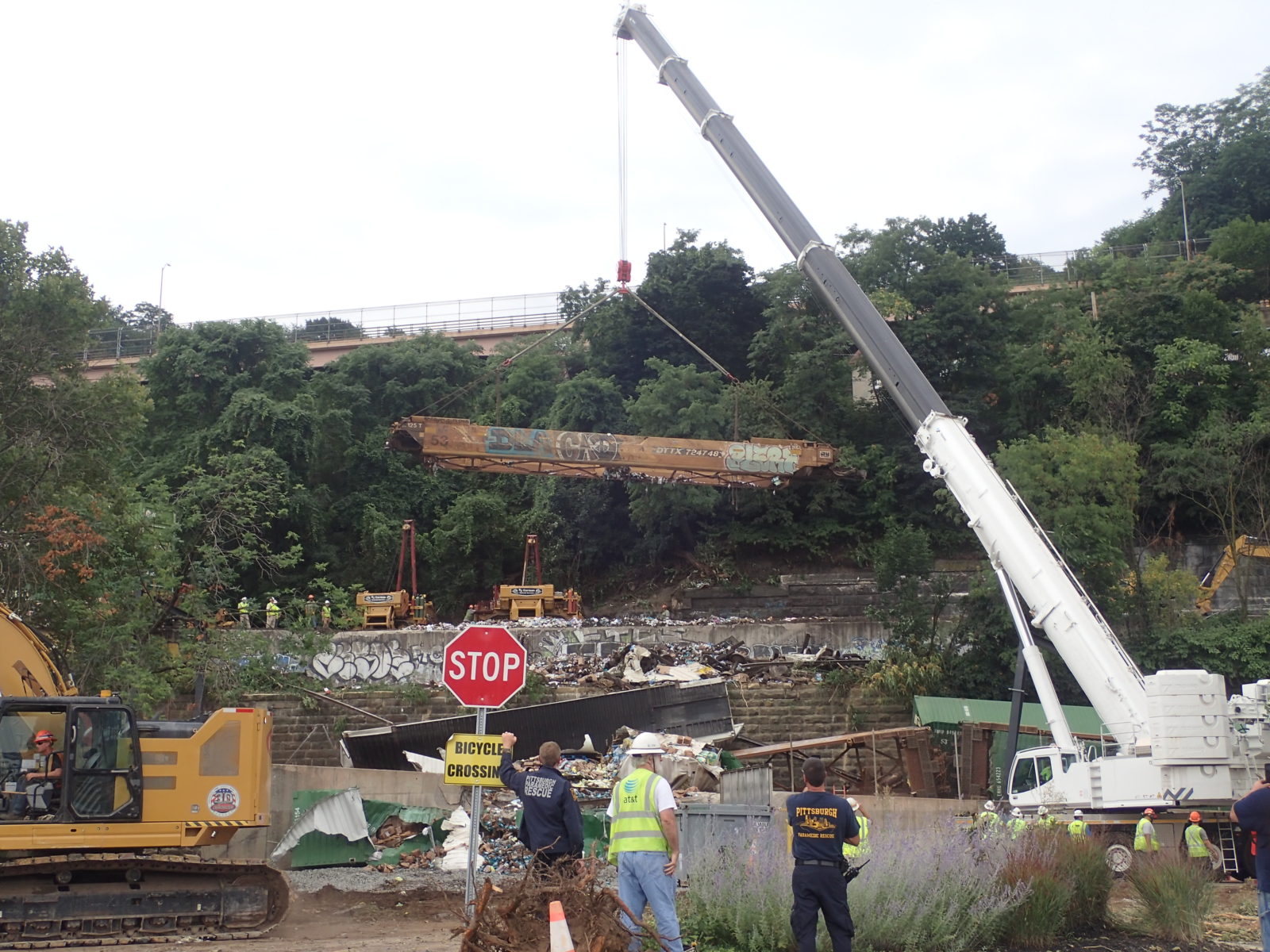 Port Authority announced Monday it expects its Station Square station to be closed three to four more weeks as a result of damage from a Norfolk Southern train derailment Aug. 5.

The authority said in a news release it has assembled a team of two consultants and four contractors to repair tracks and overhead electrical wires damaged in the derailment. That will allow the agency to repair the derailment damage as quickly as possible while its own workers continue to repair damage to the Blue Line Library as a result of flooding in June, although that work could extend beyond Sept. 1.

“We realize that a lot of commutes have been disrupted by the freight train derailment, and we are committed to doing everything in our power to restore service as quickly and safely as possible,” said Port Authority CEO Katharine Eagan Kelleman. “I’d like to thank our riders for their continued support and patience during this time.”

The agency previously announced it would have to replace about 1,600 feet of track and about 4,000 feet of electrical lines damaged by the derailment. In addition, crews will have to rebuild a concrete retaining wall and reinstall a 5,000-pound support structure for the power lines.

To carry out the repairs, the authority is using SAI Consulting Engineers Inc. as the construction manager and GAI Consultants Inc. to assess the damage and design repairs. The agency has pre-existing contracts with the firms.

The general contractor for the work will be Michael Facchiano Contracting Inc., which also has a pre-existing contract. Subcontractors Delta Railroad Construction Inc. will do the rail work; Wellington Electric Inc. will repair electrical service; and Dagostino Electronic Services will repair fiber optic cables.

Spokesman Adam Brandolph said there is no cost estimate for the work and the agency doesn’t have a commitment from Norfolk Southern to pay for it.

Seven cars of a Norfolk Southern freight train carrying double-stacked trailers derailed on the railroad tracks above the light-rail station, leaving several cars dangling over the hillside. The railroad tracks were closed for about three days.

During the cleanup, as least one car and tons of freight the cars were carrying fell onto the Port Authority tracks and the ramp to the Panhandle Bridge that carries light-rail vehicles across the Monongahela River. In addition, cleanup crews caused some additional damage by placing heavy equipment on Port Authority property.

Mr. Brandolph said workers will repair pre-existing cracks in the Panhandle Bridge but it doesn’t appear that the bridge received additional damage.

The authority has shifted light-rail vehicles into its Allentown line, but that increases the commute time for many riders.

On the Blue Line Library, work could extend seven to 10 days beyond the expected Sept. 1 reopening because some maintenance workers were diverted to Station Square. The agency has been using shuttle buses to carry passengers between the Lytle and Library stations after heavy rain washed away ballast and damaged retaining walls in many areas along the 3-mile stretch.