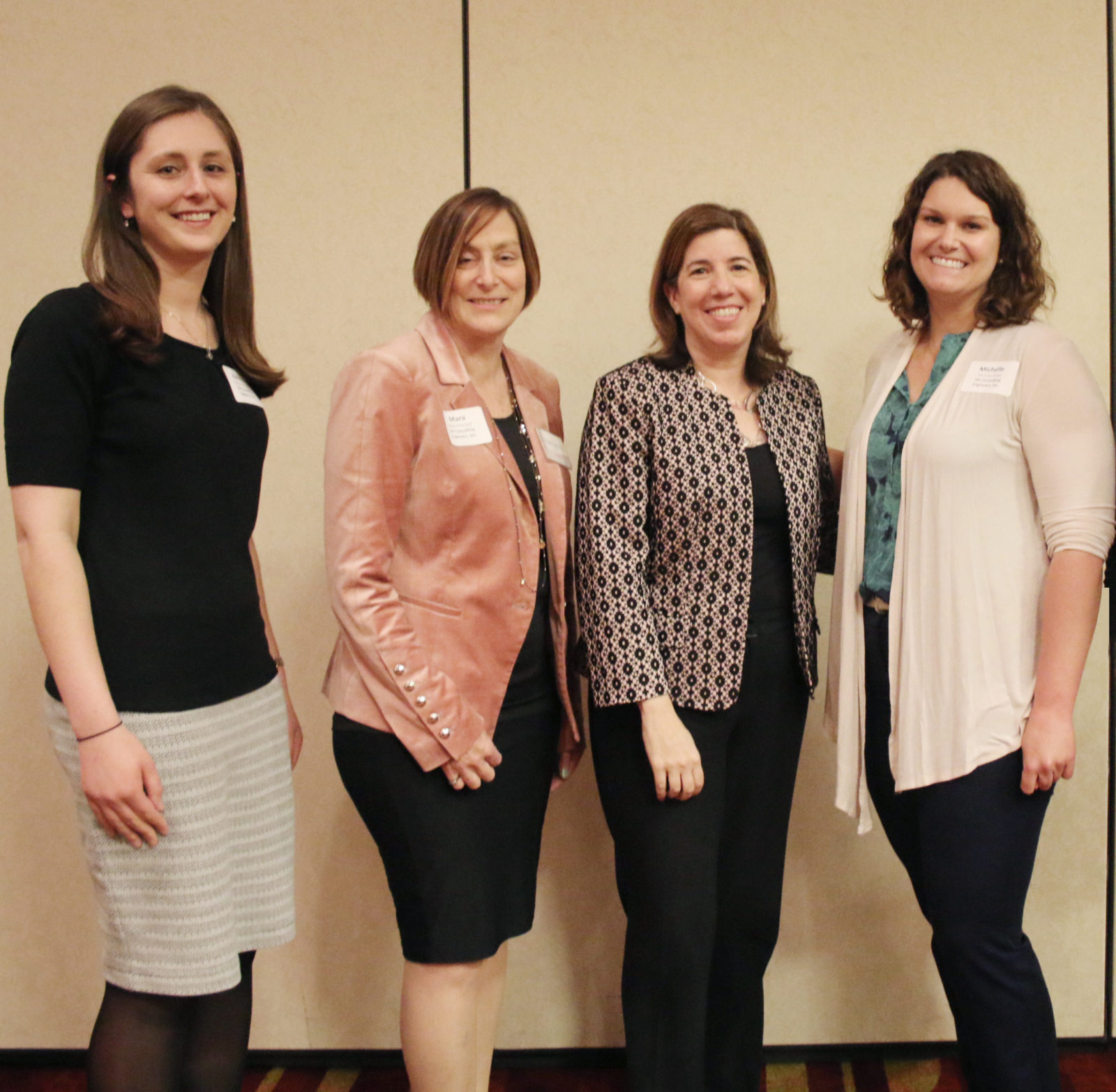 In the early morning of April 7, 2018, a portion of US 30 in East Pittsburgh failed and created a slope slide. A rainy March had contributed to the landslide, which consequently damaged an apartment building, displacing approximately 31 people and creating a traffic headache for the 21,000 vehicles that use the route.

Since becoming the District Executive for PennDOT District 11-0, Cheryl Moon-Sirianni has encountered some tough challenges—the US 30 slide among them. At the 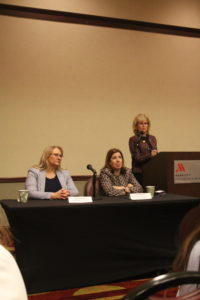 fifth Women’s Forum held in Cranberry, PA, on April 11, (just four days later), MoonSirianni, who moderated the event, seemed to be taking things in stride. “If some of your colleagues aren’t present today,” she said, “it’s because they’re working on a solution to the slide. And I know they’ll find one quickly.”

This year’s Women’s Forum focused on accomplishments both in and outside of the transportation industry. For example, Jeanna Fisher, Allegheny County Department of Public Works, has spearheaded the “Pittsburgh Won’t Forget U” initiative to memorialize opioid victims. Pennsylvania Secretary of Transportation Leslie Richards was selected by the Pennsylvania WTS as the 2018 Woman of the Year. Cheryl Moon-Sirianni was promoted to the post of PennDOT District 11-0 Executive. And while the forum organizers are considering ways to integrate their male colleagues at future forums, there is an understanding that success requires female mentors.

As Roseline Bougher, president and CEO of A.D. Marble, noted, “We need to trust ourselves and to know that other women are there to help us, especially those of us who have made the journey—we know the ending and want to help women navigate it. As women, we need to stand up for our fellow employees and to let them know that we have their backs.”

On their career paths, some of the female transportation professionals have navigated obstacles, while receiving support from both men and women eager to show the way, which raises the question about the value of female-centered forums and organizations.

Bougher, who became president and CEO of A.D. Marble in 2005 when Anne Marble took an early retirement, stated: “I have been fortunate to have the support of an amazing leadership team that believed in me from the beginning and do to this day. One of my goals is to make sure that I share my story and experiences with as many young women and minorities as possible to help them pave a way with less challenges.”

For Bougher, forums such as the Women’s Forum “provide women with resources and conversations that they wouldn’t have otherwise. They allow us to discuss issues that are more of a private nature in a non-judging environment.”

Although women’s forums are perceived as a positive environment, Bougher acknowledged, “I don’t believe that creating female-centered organizations is as productive as integrating everyone in the engineering organizations…. If we continue to make a distinction, we may be perpetuating the problem more than solving it.”

At times, this is the challenge. For the women, there is a desire to have a safe place to speak. This need, especially given the history where women had to struggle in a male dominated profession, often co-exists with the understanding that all voices contribute to change. Perhaps, in part, this struggle represents the difference in experiences of women who have been in the field for 20+ years, versus those of women who are just entering the field.

Mara Pritchard, PE, SAI Consulting Engineers, with 30+ years of professional experience, observed: “Women are still the minority in the transportation field, and, as such, they rely on men to mentor them; however, many men did not make mentoring a priority when I was working through the ranks. Many times, early in my career, women were pitted against each other. And for many women, skills like networking and self-promotion do not come easily. I think there are many women who don’t know how to grow their careers. It is important to have organizations that offer women a place to learn these skills and to find mentors. Further, it elevates the responsibilities of industry leaders and encourages them to support women to reach beyond.” 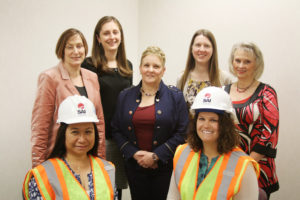 Katelyn Johnson, PE, SAI Consulting Engineers, began her career seven years ago and agreed that “women  centered organizations and events are beneficial for women engineers to network with each other in a male-dominated field.” For Johnson, the forums provide an opportunity to hear how others have navigated challenges. And to that end, Bougher and Moon-Sirianni are paving the way for younger engineers.

Johnson observed that the number of women in the engineering field is steadily increasing, including those in upper management and in leadership positions. In keeping with Secretary Richards’ position that it’s important for women to see other women in leadership roles, Johnson would like for consulting firms to provide leadership training for all new engineers. She wants to see consulting firms partner with local schools so that female students can job shadow and connect personally with female transportation professionals.

It seems that the work of consulting firms is to listen and to implement programs that support mentoring and leadership training. Glenn Stickel, Vice President, SAI Consulting Engineers, agreed. Over the course of his career, he’s watched the industry include more women. He realizes that it is vital for consulting firms to provide opportunities for women professionals and to foster programs that develop transportation careers for all employees.

On the day of the Route 30 slide in East Pittsburgh, the weather was cold and misty. Moon-Sirianni stepped out of the PennDOT truck to survey the damage and understand the engineering challenge. That’s when a man called out to her, “Hey, are you the flagger (for traffic)?” (Note: Flaggers are positions traditionally held by females.) She smiled and said, “No.” “Then who are you?” he asked. His intentions were good—he was protecting the site from curious bystanders. “I’m District Executive for PennDOT,” Moon-Sirianni replied. “Oh,” he stumbled. There was work to be done and people who had been displaced from their homes; that was her concern. She was getting ready to meet them, and she wanted them to know that their voices and concerns were heard not only by PennDOT but by her. And for the women who hear her story, they see not only a professional leader but a person whose leadership qualities they want to emulate.