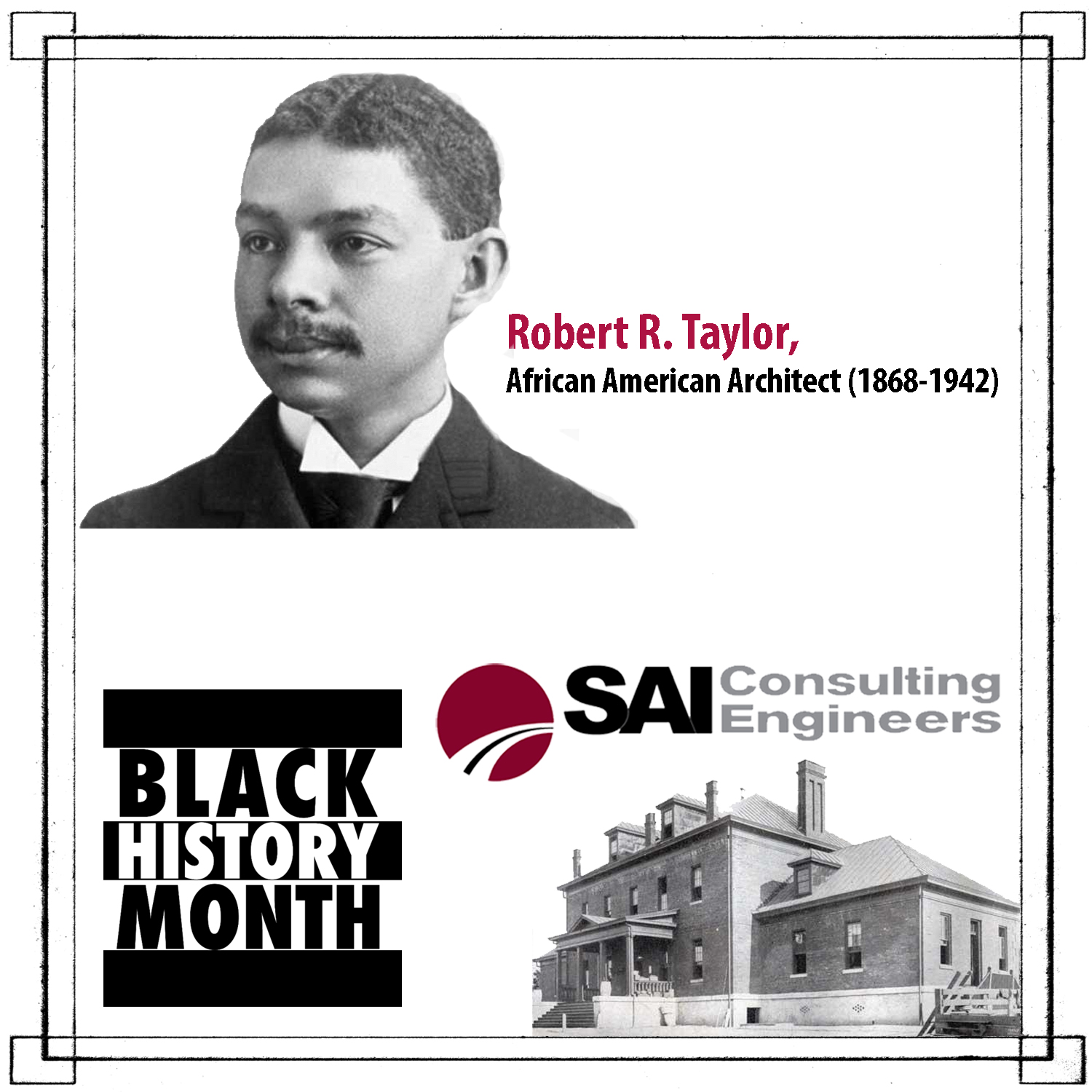 Born just three years after the end of the Civil War, Robert R. Taylor (1868 – 1942) was the first African American graduate of MIT.  The road from MIT to designing the Tuskegee Institute campus required a persistent belief in an optimistic future.  After all, when Taylor announced that he was leaving home to attend MIT, many of his family and friends asked, “What is the use?…After graduation, what?”

But after graduation, there was little doubt. Taylor was recruited by Booker T. Washington , who had founded the Tuskegee Institute with a few ramshackle buildings and a small grant from Alabama. A graduate of Tuskegee, Ralph Ellison immortalized Taylor’s designs in the Invisible Man:  “And I remember the chapel with its sweeping eaves, long and low…”

Biographer Ellen Weiss, Tulane University, noted:   “Taylor’s buildings [at Tuskegee] created an institutional presence by giving a sense of place and ownership for African Americans who had too little of everything.”

Taylor’s legacy resonates from the halls of MIT to the dream of Tuskegee and out into the larger community.