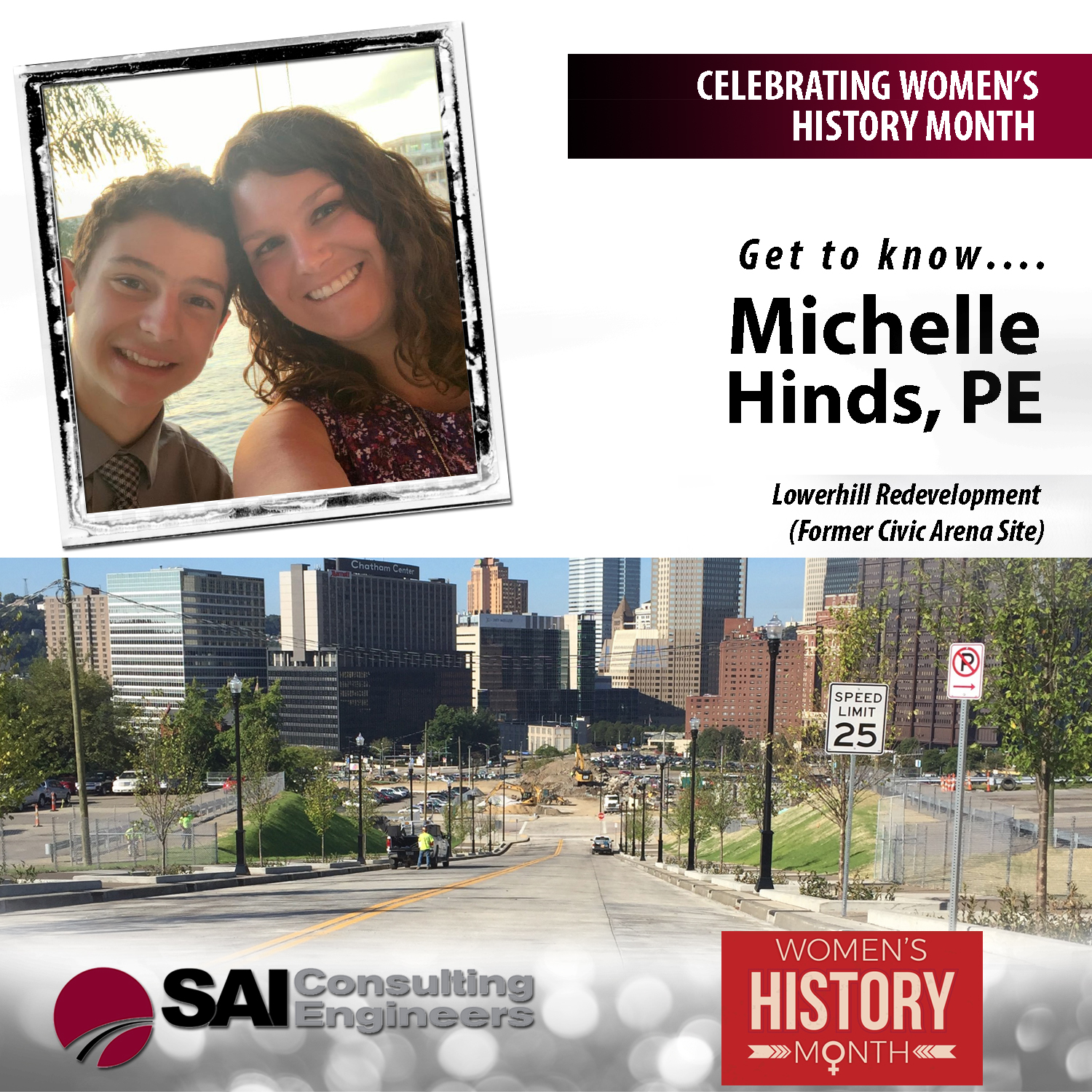 In a predominately male Construction Management field, Project Manager Michelle Hinds serves as a role model for many of the young (and not so young) engineers at SAI. “We work in an amazing industry,” Michelle notes. And while she “aspires to be a leader at SAI and in the transportation industry,” she sets an example not just for her colleagues but for her son, Luke, 14, as well.

Michelle is team manager for Luke’s middle school hockey team this season, which means organizing parent volunteers and team events for the Chartiers Valley Middle School hockey team. Luke also plays for the Mt. Lebanon Hornets for Amateur (travel) hockey. When I asked Michelle if she coached the teams, she smiled and said, “no coaching…that would be funny!”

Michelle says, “I love driving around southwestern Pennsylvania and pointing out successful projects I had a role in.” This sounds a lot like some of the engineers at SAI who have recalled their fathers showing them projects and consequently inspired them to pursue engineering.  Maybe someday Luke will catch the engineering bug. But either way, Michelle notes that Luke “makes me proud every day.”

“I want to show him the best example of what it takes to be a hard working professional, and for him to have a strong female role model as a Mom,” and given the fact that Michelle is enjoying a leadership role at SAI, that she received her Masters in Engineering from Robert Morris in 2017 all the while raising Luke and working, she is achieving her goals.