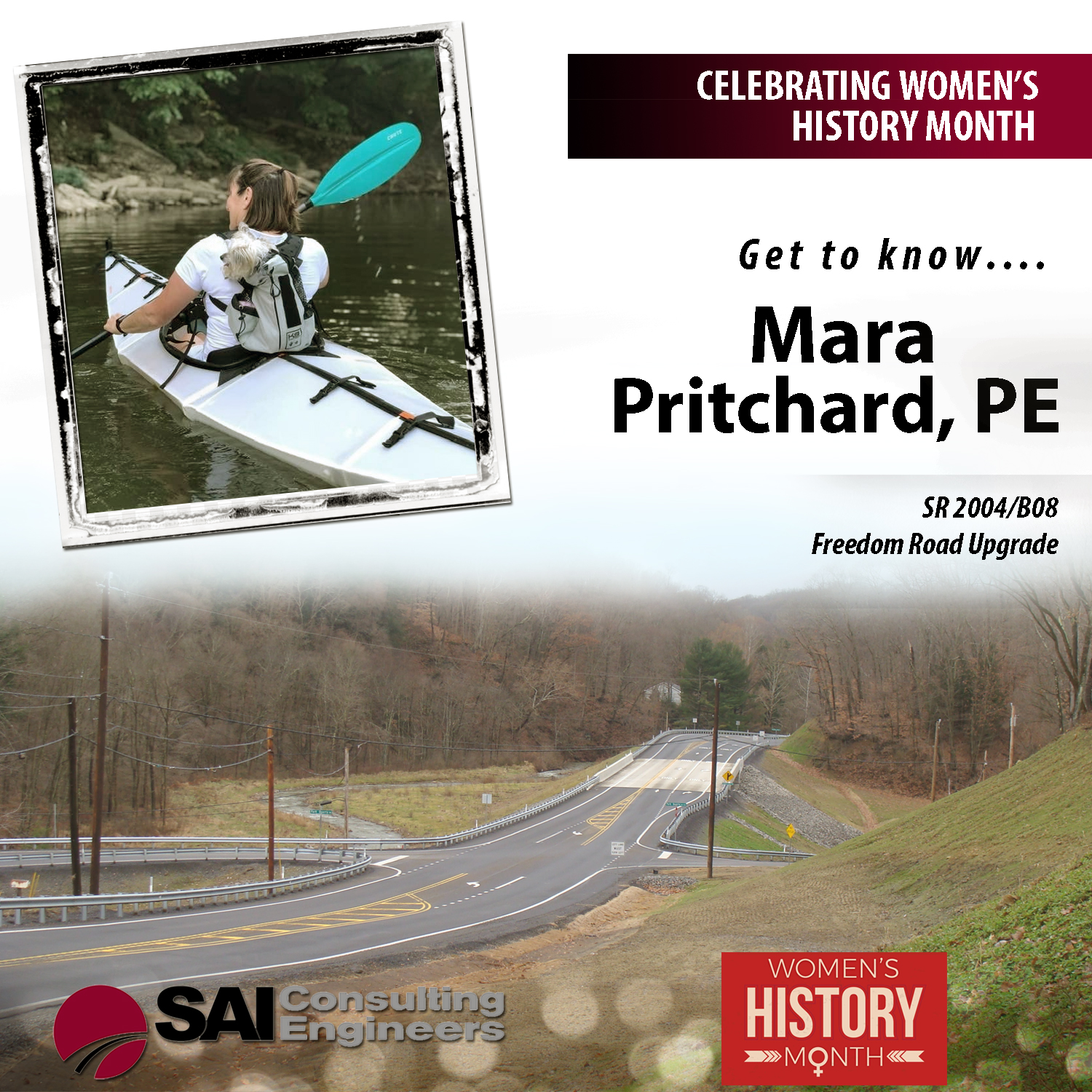 An engineer for 33 years, Mara Pritchard is inspired by connections – both literally (the infrastructure projects for which she is project manager) and figuratively – the world around her.  “I feel inspired when I witness or participate in things that connect humans with humans, humans with creation, or humans with the creator.”

Mara’s inspirations include her Church and her “church sisters”.

Mara has studied the women in her life who have been aspirational for clues on how she, too, might inspire.  “My foremost influencer was my mother.  Even though she never attended college, she was brilliant. After her passing, my sister and I sifted through her many books on Philosophy and Theology. I reflect on her ability to raise five children by herself with only a small amount of financial support from my father.”

“My church sisters are my other influencers, and the ones that stand out the most are no longer with me. Marmie, a doctor of nursing, whom I met while serving on my parish’s Pastoral Council, had such a loving spirit.  She was so motivated to share God’s love.  She lost her fourth battle with cancer several years ago.  Marlene, with whom I served with on the Parish Renewal Team, had such joy.  About a dozen women visited her and sang to her while she was in hospice.  We went to bring her comfort her with song, but it was she who comforted us. Just last December, the loss of Martha is still too raw to express, but this amazing woman’s funeral left me in awe.”

And it’s not just her Church that has such an impact on how she defines herself as a woman, it’s nature as well.  Mara purchased a kayak a few years ago and enjoys “launching my kayak with my 5 pound dog tucked in my backpack carrier, paddling the Brady’s Run Lake, seeing the herons from 30 feet away or catching in the corner of my eye, a fish breaking the water surface as he snatches the insect that was just floating there.”

Mara didn’t set out to be an inspiration to others, but those of us who have worked with her know that she is. “I love when a project team sits around a table and brainstorms ideas, looking at each other while we speak, and building on each other strengths.”   Her support of each of her team as individuals is her quiet testimony to her SAI legacy.