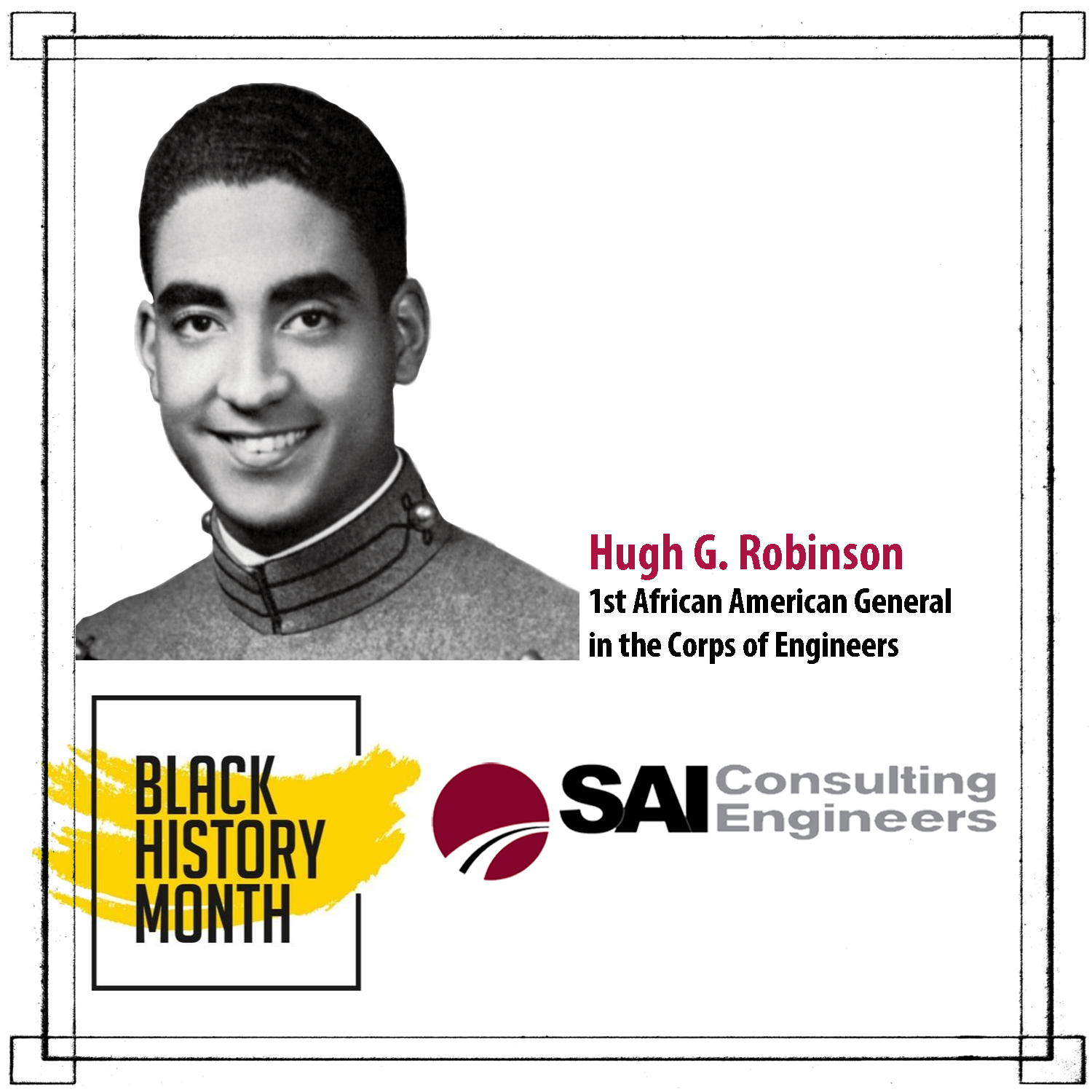 Hugh G. Robinson – Graduate of West Point, Robinson earned his master’s degree in Civil Engineering. He was the first African American to serve as military aide under Lyndon B. Johnson; he served as Commander of the 39th Engineering Battalion in Vietnam. He became the first African American General in the Corps of Engineers. And after a distinguished military career where he received the Bronze Star, he had an illustrious career in business in Dallas, Texas, where he is a member of the National Society of Professional Engineers. #blackhistory #blackhistorymonth #engineering #civilengineeringworld