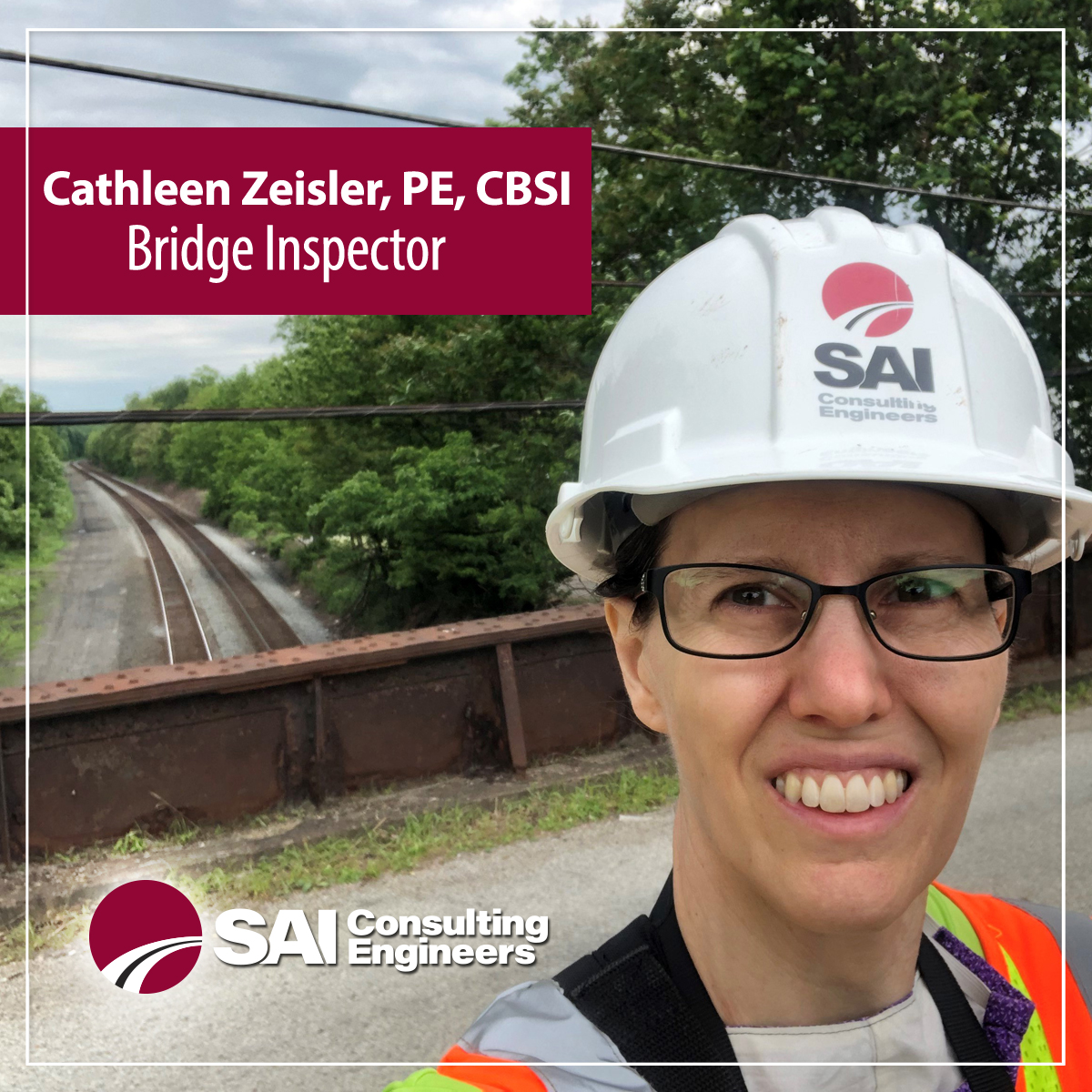 When she was in high school, Cathy barely even knew what engineers did, but she knew she enjoyed math, science, and computers, so when a female engineer gave a presentation about her career, it resonated with Cathy, who went on to purse an engineering degree from Carnegie Mellon University.

Cathy recalls that when she entered the workforce there weren’t many female engineer role models.  In fact, she recalls, there were no women professional engineers in her office.  But she soon discovered that she enjoyed the transportation industry.

When a coworker talked her into going on a bridge inspection, she encountered not only a wide variety of challenging structures but a combination of field work and office work and found her niche.

Over the course of her career (which includes a mid-career hiatus to raise three children), Cathy has led many bridge inspection teams on inspections throughout western and central PA and has been involved in the writing and reviewing of reports. Currently, Cathy is a team leader on the Statewide Bridge Inspection Quality Assurance project.  And when she’s not inspecting, she is involved in report writing and ways to improve the processes and make use of the available technology tools.

For Cathy, it’s not just the actual math and science – it’s about problem solving – and perhaps most importantly it’s about seeing the larger picture – the role an engineer plays in developing the profession and assisting the next generation in discovering their roles. Just as the female engineer who inspired her in high school and just as she realized the importance of mentors and role models when she was a new engineer, Cathy enjoys providing hands-on teaching and mentoring to the newer inspectors.