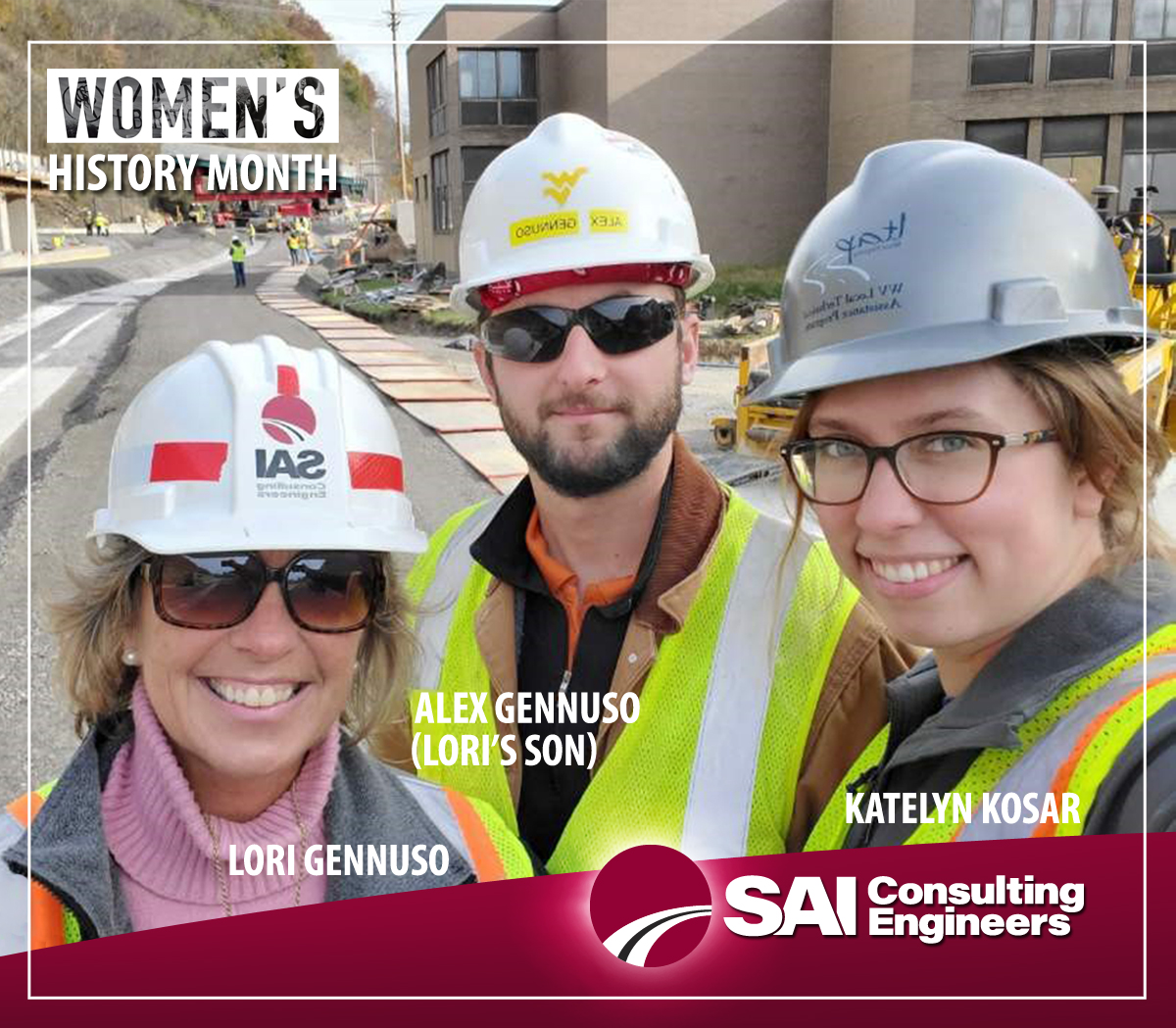 Lori Gennuso, Traffic Construction Inspector (TCI) and field office manager, “likes to go out & see what’s going on”.  When she’s in the field, she “always tries to eyeball all the operation.”  Lori says that Construction Inspection “kinda found me”.  Twenty years ago after the birth of her second child, Lori was looking for something new.  Her father-in-law, Don Gennuso (retired CEO of SAI) suggested that she shadow Linda Martin at an Allegheny Airport construction site.  Lori quickly discovered that she liked the people, enjoyed working independently and going to the different job sites.  With sponsorship from Kevin Lettrich (now Vice President – Construction), Lori signed up for the Construction Documentation System course.  And the rest, as they say, is history.

When asked what historical woman she would like to have lunch with, Lori doesn’t hesitate.  “I just read  My year with Eleanor –  a story about Eleanor Roosevelt, whom Lori notes had to overcome her fears.  Eleanor Roosevelt, Lori observes “is underrated, so yes, if I could have a cup of coffee or a beer with a famous woman, it would be Eleanor.”

Lori recalls that she comes from a long line of strong women.  And in her line of work – there aren’t many women – “sometimes it can just be you – and you need to do what needs to be done.”   Lori recalls that there was a time on a Friday before a holiday weekend when all of the crew cut out early.  Lori was glad to stay behind to finish off the shift.  “I was the only one there – and when they (the contractor) hit a gas line – I did what I had do.  You need to be confident in this line of work and have a sense of self.  It’s a boot/hard hat world.”  Even so, Lori admits that she brings her mothering side to the job site; “if they’re (coworkers) sick, I bring them soup.”

Currently, Lori is finishing up records for the Shaler Street Bridge project.  Her enthusiasm shines when she recalls that they built the bridge in a parking lot, then moved it 700 feet on November 4, 2019.  Lori says that this project provided her with a “fantastic experience – I saw a bunch of things I never saw before.” (Actually, no one in the state of Pennsylvania had seen before, Lori told us.)