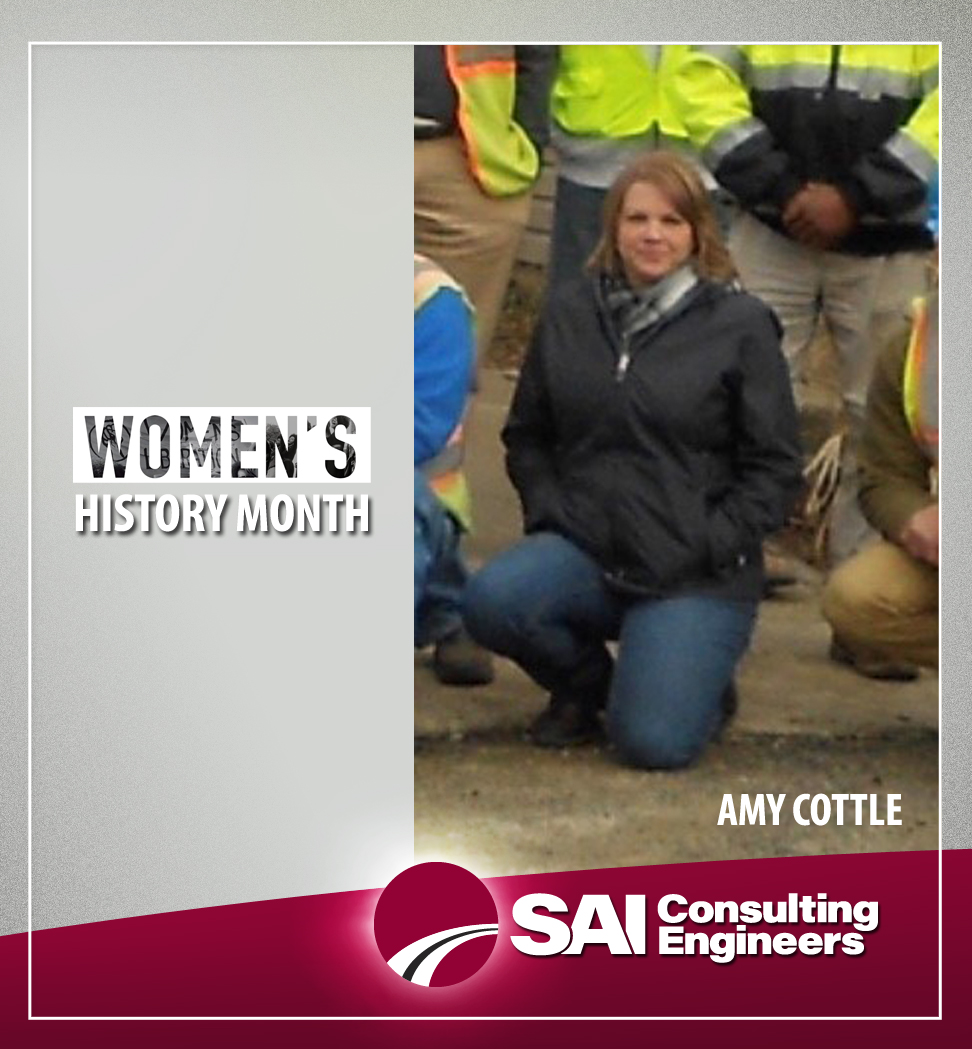 Amy Cottle, TCIS, chose to become a Construction Inspector, following her father’s profession. When Amy was younger, she’d listen attentively to him talk about his work in road construction.  His stories intrigued her.    “I began my career in the construction industry working for a contractor in 2003 as an on-the-job trainee through the state. I was hired by SAI in May of 2005 as an TA (inspector trainee). I am now working on my 16th year with SAI having worked my way up the ladder to a TCIS.”

Most females in the construction inspection field note that there aren’t many fellow female professionals. Amy says that “Over the years, I have seen more and more women coming into the construction industry in all facets (construction workers and inspectors).  Most importantly, I have seen these same women being given opportunities for advancement in these positions.  I believe women in this industry do have to work harder to prove themselves; however, the potential for success is there.”

Sometimes it’s hard to imagine the progress women have made in society especially when there are so many successful women in the public arena.  But it wasn’t always like this – in the late 1800s, for example, women had few professional choices – wife, mother, teacher, as well as some other less desirable jobs.  In the twenty-first century, it’s exciting to see women excel in any profession that they seek.

If Amy could have lunch with any historical female, she “would enjoy having a lunch with Sarah Huckabee Sanders, former White House press secretary and candidate for Governor of Arkansas.  I was so impressed with how she handled herself under the intense stress of the media during her daily press briefings for over 3 years.”  It’s grace under pressure; it’s juggling several tasks simultaneously while making it appear to be seamless, which is what Amy does. #WomensHistoryMonth #WomenInConstructionWeek