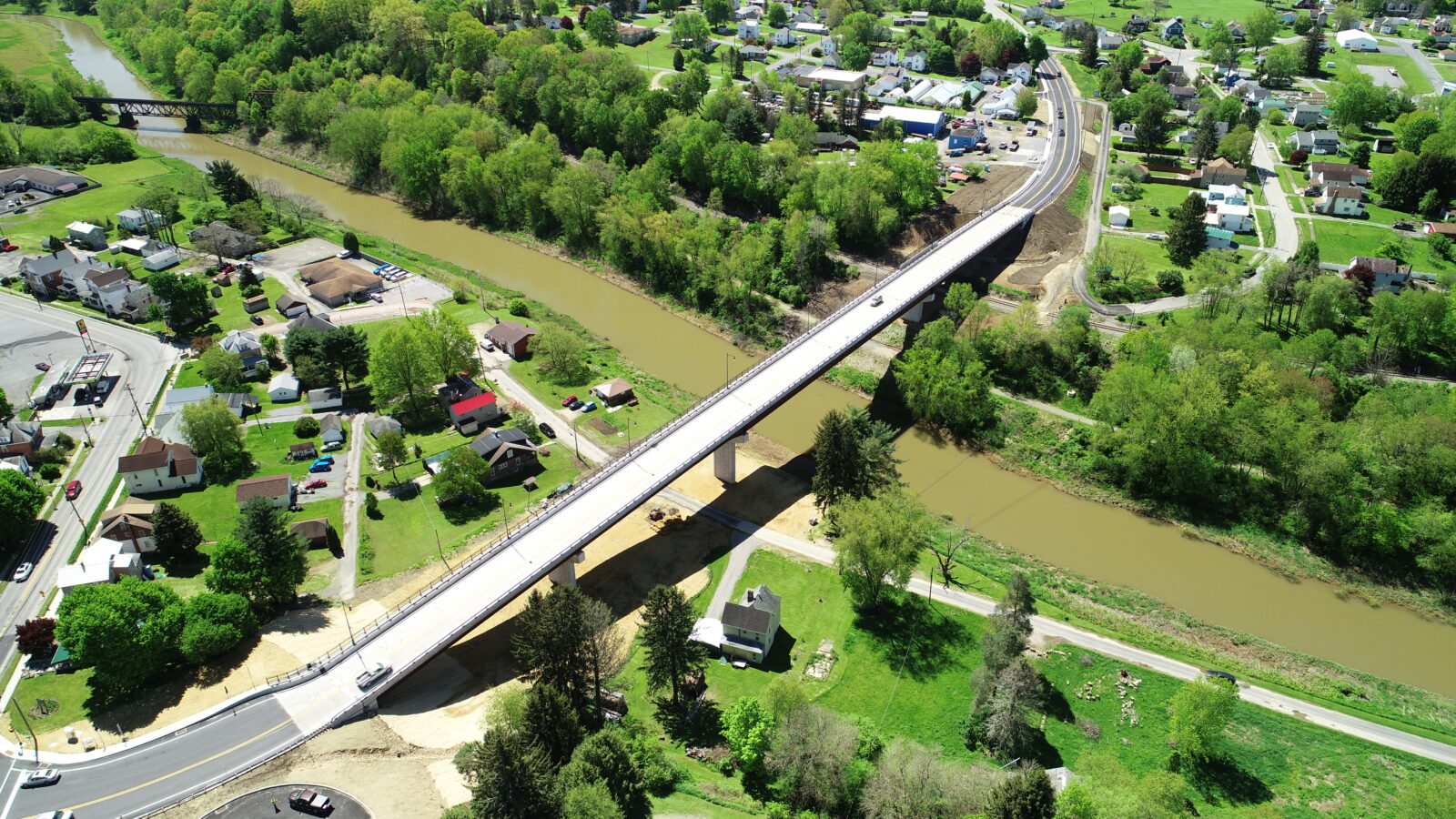 SAI performed an alternatives analysis, preliminary engineering, and final design for the replacement structure of a 79-year-old structurally deficient bridge carrying SR 0436 over the Mahoning Creek, Buffalo and Pittsburgh Railroad, and the Mahoning Shadow Trail on a new alignment in Jefferson County, Pennsylvania. The new bridge is an 810ʹ four-span steel haunched (weathering steel) multi-girder bridge. .  Ornamental pedestrian railing along with highway lighting enhances the bridge’s appearance. Form liners and aesthetic rock treatments were provided for the substructure, and the bridge railing and pedestrian fence were painted to coordinate with the other aesthetic treatments. Adding to the local picturesque view that so many visitors and locals appreciate, the bridge provides for a recognizable local landmark while providing safety for the traveling public as well as the bicyclists and pedestrians who enjoy the Mahoning Shadow Trail below and along the Mahoning Creek.

Other features of this project include: