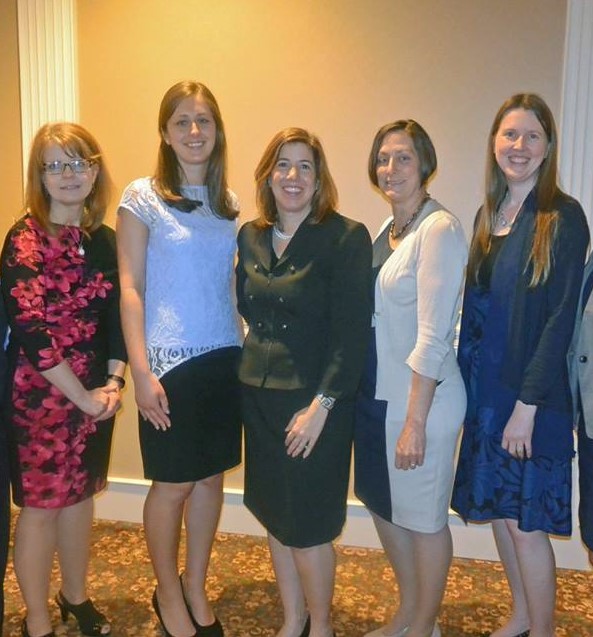 Patty wasn’t sure she wanted to be a civil engineer when she graduated from college with her degree. In fact, she was quite content at the job where she had worked during summers. But then reality called, she packed her bags and drove to Maryland. Because she had delayed starting her career, she was apprehensive, she wondered if anyone who looked at her resume and saw that she had taken a hiatus after college would even be interested in hiring her. Then she walked into a civil engineering firm, filled out an application and interviewed with a group of female department managers.

Civil engineering is not simply contained by innovative highway/structure design, innovative engineering requires adaptation to an ever-evolving work force and the associated challenges. In its broadest sense, principals of consulting firms re-engineer the future, they work toward understanding the evolving culture and how that culture both influences and benefits their work, as well as their bottom line.

Maggie Moore, Principal of Foresight Construction Services and President of the ASHE Pittsburgh Section, started the Women’s Forum after having a conversation with Pennsylvania Secretary of Transportation Leslie Richards. As Ms. Moore puts it, “I took her idea of having a women-only meeting and ran with it, and with the help of Dan Cessna (PennDOT District 11-0 District Executive) who was coordinating a date for an ASHE dinner meeting with the Secretary, we were able to book the Secretary for both events on the same day.”

At a recent Women’s Forum event held in April, sponsored in part by ASHE Pittsburgh, Secretary Richards recalled when she had been introduced as someone who took the elevator to the top, but then immediately returned to the first floor to invite others to join her. Secretary Richards said she is driven by the knowledge that personal success, as well as the success of consulting firms, requires the inclusion of all, especially female voices. When asked by the development of both female and diverse professionals might be important to Pennsylvania’s infrastructure as well as the DOT, the Secretary noted that “Data supports the fact that diverse minds allow more people to think about problems. The better the variety of voices, the better choices the DOT has – and the better bottom line for the DOT and consultants. And who doesn’t want a better bottom line?”

Secretary Richards has attended the Women’s Forum in Pittsburgh since its inception three years ago, and each time the event sold out. “As an outside observer,” she said, “I was impressed by the caliber of talent and success in the room – women who work in all stages of the transportation industry – from marketing development professionals and women just starting their engineering careers, to women who own their own consulting firms. The commitment, talent and accomplishment are inspirational.” The panel of women leaders, moderated by Cheryl Moon-Sirianni, PennDOT District 11-0 ADE Design, included Mavis Rainey, Executive Director, Oakland Transportation Management Association, Sherry Morian, President, Quality Engineering Solutions, Inc., Maggie Moore, and Secretary Richards.

Traditionally, engineering has been a male-dominated profession, and many females who entered the field encountered challenges. There are many stories of the issues these women negotiated. And while younger women report that their experience has been accepting and collegial, Secretary Richards stated that empowering women to have their voices heard in the industry is a top priority, she is thrilled to embrace this challenge.

But it’s not just about bringing more females along – it’s about the reality that when more people come together to work on solutions to a problem, it improves everyone’s bottom line. When we step outside of our comfort zone, we grow, develop and thrice as consulting firms. Earlier this year, Secretary Richards led a panel on diversity at a gather of the American Association of Stage Highway and Transportation Officials, where she noted that out of the 52 Secretaries of Transportation present (50 states plus the District of Columbia and Puerto Rico), only six were females, with only one African American.

Because she understands that diverse voices improve the bottom line, she is committed to encouraging principals of consulting firms, as well as individuals to “reach back and bring another along.” And although she has an open-door policy and encourages consultants to visit her, she asks that when they do, they bring an up-and-coming female along to join them – and if their executive department is “male heavy,” she invites them to bring a female from their office to join then. “Particularly for women in the transportation industry, we don’t have many role models, we need to invite talented employees to join us,” she said. Secretary Richards understands the importance of this gesture, women need to “see it to be it.” And because she honors her role as the first female Secretary of Transportation in Pennsylvania, she understands her position as a role model for other female transportation professionals.

Tammi Halapin, Principal of Collective Efforts, Inc., and an executive board member for the Engineers Society of Western Pennsylvania, one of the forum’s sponsors, recalls that, “As a woman engineer working in the male-dominated civil and environmental engineering field since the mid-1980’s, I had faced several barriers…that most of my male counterparts had not.” And while war stories hover in the background, Secretary Richards reminds women of the journey they have taken, their success and own empowerment and the men and women who have fostered this growth. She reminded attendees to take this power into the future, supporting and mentoring each other.

Today, as Patty walks into a meeting where she will share her experience at the Women’s Forum with the Principals of SAI Consulting Engineers, Inc., she thinks about the female department manager who read her resume, who saw her potential and intelligence and who reached back and brought her forward.